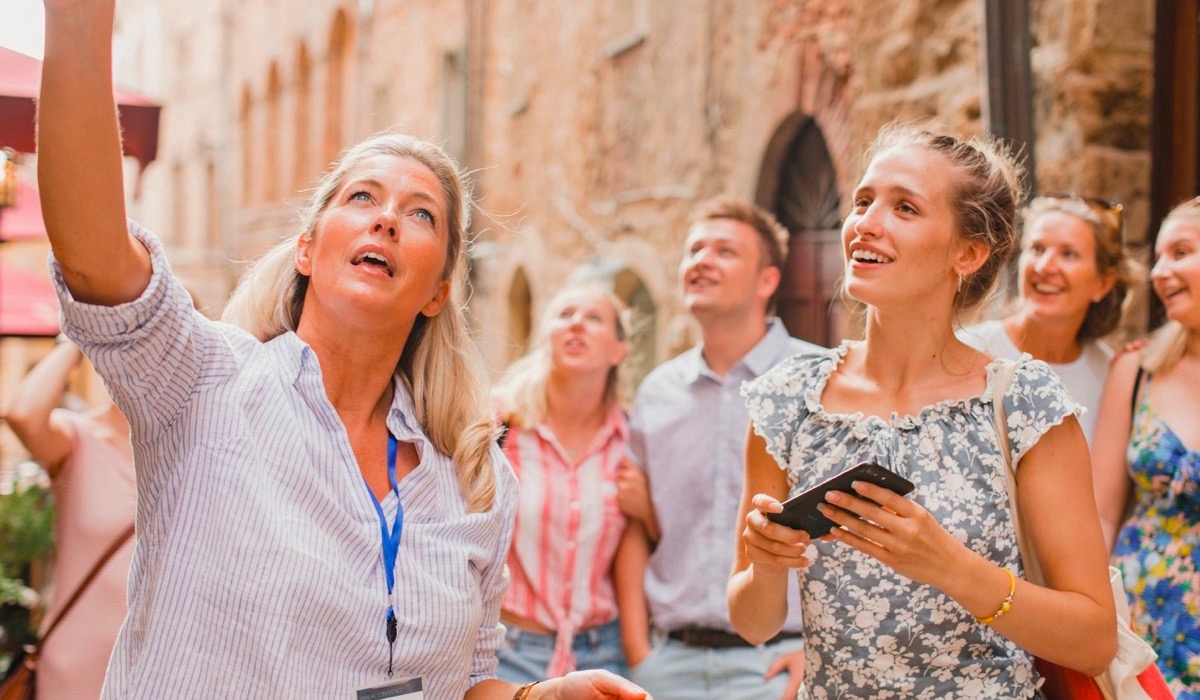 In our increasingly interconnected world, speaking a second language unlocks many opportunities. It may even help you find your dream job.

Language skills have become necessary for many promising career paths. Even when multilingualism is not required by a company, it is preferred. This means knowing languages makes the difference between two equally skilled and experienced workers. Companies would rather hire someone bilingual or trilingual even if they don't need it right now, just because they see it as a good investment for the future.

If a small company plans to become international someday, they will prefer to invest in people who could be an asset for that future version of the company. And it's just one of the many reasons why knowing languages can open doors for your career.

By speaking different languages, you can access more locations in the world. If you learn one of the most spoken languages, like Spanish or French, you can add many countries to the list of places you can live and work.

Imagine your dream job has limited career opportunities in the country you are from. A second language would allow you to move abroad and pursue your career elsewhere. Many countries, like Canada, have at least two official languages, Switzerland has four, and South Africa has eleven! Depending on the country you live in, learning languages is essential to succeed in your career.

Some jobs and fields are only accessible if you speak several languages. There are chances that if you work in tourism or hospitality, you'll have to speak a second language to communicate with foreign tourists. Other jobs require dealing with international business partners or customers, which is quite common when working in big companies.

Finally, some jobs are focused on language proficiency and directly related to a specific language. Interpreter or translator, language tutor or language teacher are pretty cool jobs you can only access by knowing languages.

If you need to brush up on you langauge skills before applying for job, download Lingidy for free on you iPhone or iPad and get ready to snag the job of your dreams.

What are the best jobs you can have by knowing languages?

This one has to be my favorite on the list because it opens so many opportunities worldwide, and you can transform your love for traveling or exploring into your daily job. You could guide anywhere in the world if you know a few languages. Actually, the more you know, the better. Tour guiding is not limited to city tours with big groups of tourists. You can extend it to almost any outdoor activity you are passionate about. You could be a bike guide in Ireland or a sea kayaking guide in Norway. The possibilities are endless.

You are usually better paid when addressing international guests, as there is a higher demand and higher amounts of money spent in the activities.

Translation is an obvious choice for polyglots. It is pretty flexible and accessible as well, as it does not require a diploma or prolonged training. You could start by doing it as a gig to see if you like it. Being a translator offers a lot of variety. One day, you could translate marketing presentations for companies, and the next, a children's book or juridic papers.

It looks like an easy job to do when you know languages, but it is more complex than it seems. More than translating words, it is about understanding and translating a context, story, and universe. Translators must also be good at building relationships, communication, and time management.

This job is perfect for multilingual people. It requires being a perfect speaker of two languages. It is a job that doesn't allow any moment of inattention and is very energy demanding.

An interpreter is a bridge between two languages, two cultures, two worlds. An interpreter is often the only person in the room who understands everything that is said, and their role is crucial. There are different platforms interpreters are needed, the most common being public speaking. This job can be high paying if it is related to politics or public figures.

Teaching languages is a dream job for many of us. It usually comes from a love for a language more than a default choice. Teaching a specific language makes you appreciate and be better at languages in general and even opens your mind to many subjects. Knowing languages and teaching them allows us to better understand other subjects like history, arts, philosophy, and politics. 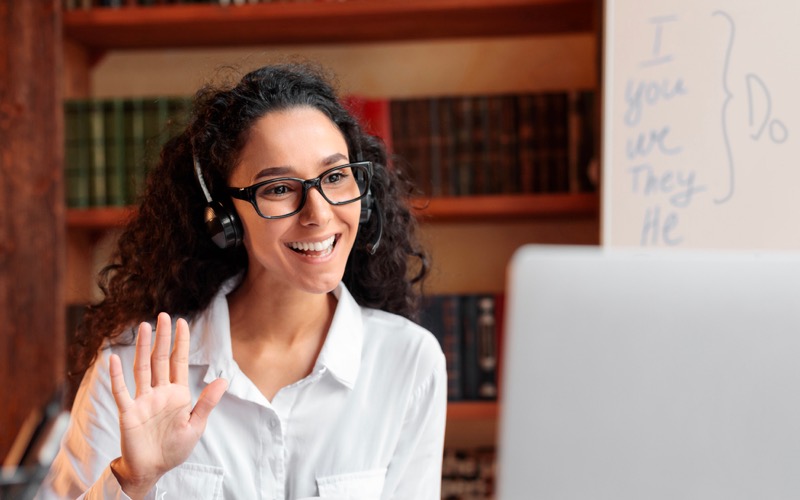 For those who don't have the academic qualifications or don't want to teach in one specific place, there is tutoring. You are not restrained by location or time if you are an online tutor. You can work from wherever and whenever you want.

This is the perfect job for those looking for great flexibility, but if you are self-employed, it can be hard to achieve financial stability, as you don't always have the same amount of students throughout the year. You must be perfect in the language you tutor and have a pedagogical approach. Often, students who need tutors have failed or don't like the academic approach. Speaking with a native is the best way to improve, and tutors have a great role to play in the learning process.

You don't have to know languages to be a writer, as you can be a writer in your native language. But your work might benefit greatly from knowing a second language, or several.

If you write fantasy, understanding foreign languages will give you plenty of new ideas and concepts to create worlds. All the best fantasy and science fiction novels we know are written by authors who got their inspiration from ancient languages like Greek, Latin, or Old Norse. Some of them, like J.R.R. Tolkien or Frank Herbert, created a whole new language, showing that their genius is strongly related to language proficiency and creativity.

If you write non-fiction, you'll likely need to interview people and get stories from other cultures or nationalities. Knowing languages will create opportunities to write about more topics.

It has been said that learning a language makes you understand yourself better, and that is true. Learning a language creates new connections and paths in your brain, opens a new world of idioms and metaphors that help us understand our native language's idioms, give us new insights into familiar words, and help us with grammar. For these reasons, being a writer is best for language masters.

If you'd like to be a journalist, it is best to know several languages, as you will get more opportunities to cover stories. Knowing languages is necessary if you want to extend your career abroad. But even for a local journal or media, it is best to have journalists who speak different languages.

The real asset of journalists is their ability to empathize with the people they meet, which is precisely what multilingualism is about: encountering, understanding, and empathizing the foreign cultures.

Creating online content is a trendy job that will become even more popular in the next few years. Knowing languages is obviously an asset to gaining a wider audience and creating content for international brands. You could also create content about learning languages. Many people learn better by watching videos, especially speaking and understanding skills.

The Language Blog wrote an article about the best TikTok accounts to learn languages, featuring content creators who use their love and knowledge of languages to grow their audience and make money.

Flight attendants can fly around the world and be paid for it, which sounds like the dream for many of us. Despite all the avantages (free flights, free flights for family and friends, meeting new people all the time, free food and hotel stay), this job is tough and requires being extremely flexible, as your schedule is never the same, and you are not often home.

Flight attendants must be fluent in two or three languages, depending on the airline, and be good communicators. This is a job where the spoken language is essential, and you will have to feel confident to switch from one language to another.

This is usually a high-paying job, with many responsibilities that you can only do if you know the language. In very touristic places with many international travelers, speaking more than two languages is required to be a good hotel manager.

Jobs in hospitality can be seasonal and are affected by economy and travel restrictions. But when things are booming, hotel managers can enjoy the benefits of a cosmopolitan environment with good earnings potential.

What if learning languages wasn’t only necessary and the best way to get hired or be good at some specific job, but would make you better at any job? When you think about it, knowing languages improves us.

It is not a particular skill that you learn in order to perform tasks like you learn how to drive a bus or code. It is more complex than that. Languages can’t be restricted to jobs or fields. Languages are how we communicate as humans, and by communicating, we create opportunities. Knowing more languages allows you to share and bond with more humans, especially other cultures than yours.

Language is a bridge between different groups; by creating this opportunity, you can elevate yourself socially and professionally. We all know that being the best at your job is not enough; what you need is to interact with the right people. Knowing languages is the best way to do so.

The Partnership for 21st Century Skills (P21), a national non-profit organization, identifies the Four C’s, four essential skills for employers in the 21st century: Communication, Collaboration, Critical Thinking, and Creativity. Learning a language is one of the best ways to improve these skills. Knowing language makes us better communicators and improves the way we collaborate with each other by creating bridges between cultures and groups.

Among all the benefits knowing languages bring, there is the positive impact it has on our critical thinking and creativity. It has been proven that learning languages makes us “smarter” by creating more connections in the brain and feeding our creativity by connecting us with other cultures and more ideas.

Finally, knowing languages will not only give you more career choices (like the ten cool jobs listed above) but will also create the opportunities you need to evolve in your career and make you a better worker by developing the skills needed in our societies.

Or if you're already convinced, then download Lingidy for free on you iPhone or iPad and get started today! 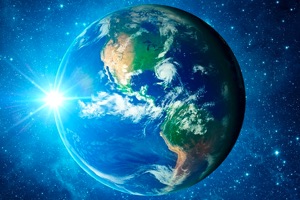 With a new language comes new opportunities, new friends and an increased ability to connect with people from other cultures. 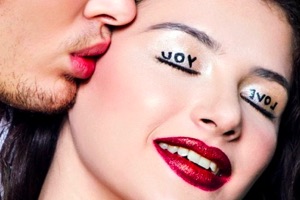 Say I Love You

One of the first things we want to learn when discovering a new language is how to say I love you. 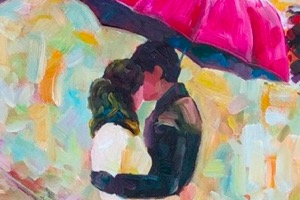 
Have you written an article that we should feature in the section above? Email info@vidalingua.com with a link to your article and an explanation of why it would interest our readers.